Manufacturing virginity: The Tunisian women choosing to ‘repair their honour’

“I grew up in an Islamic home, where my virginity was seen as the most precious possession and losing it possibly the most shameful thing that could have happened to me,” said a 26-year-old female engineer who lives in the capital of Tunis.

She asked to speak under condition of anonymity, like most of those who agreed to contribute to this story. The taboos surrounding sexuality are some of the strongest in society.

At first glance, she doesn’t fit into western stereotypes of a Muslim woman: She doesn’t wear a veil; instead, she wears leggings, skinny jeans, and tight shirts.

Unlike in many Arab countries, women in Tunisia are free to wear clothing of their choosing. But beneath the veil of what could appear as tolerance for women’s sexuality, lies a strong tradition of male control that has, to varying degrees, increased over the last few years.

“I took those warnings to heart, the focus on purity before marriage is so pervasive in our society that I didn’t even question it,” the female engineer added.

Samar Hmaied, a woman activist and entrepreneur in Tunisia, explained how “Parents may beat their daughter if they know about her losing her virginity before marriage, or they may kick her out of their home.”

Conservatives in Islam use sex, wrapped in religion, as a tool of social control, particularly of women,’ – Shereen El Feki, journalist and author

Tunisia is the only one of the Arab Spring states to retain the democracy it implemented following the uprisings, with the rest collapsing. But while this has brought relative freedom and representative government, feminists still believe they have a long fight ahead of them.

“After the revolution, the country became more religiously conservative with the political Islamic group Ennahdha – one of the main parties in government” the female engineer said. The Ennahdha party emerged as a moderate Islamic party, and an alternative to the corruption of the establishment parties from the previous regime.

It won the 2014 elections and spearheaded the writing of the new constitution. Compared to the other Islamist groups in the country, Ennahdha holds some moderate positions, such as defending the prohibition of female genital mutilation.

During the forging of the new constitution in 2014, however, the party’s positions towards women’s rights became ambiguous. It supported a draft law where women were respected only as “partners of men”. Women’s rights advocates rejected the draft following a wave of protests, but the prospect of having their rights amended became a new reality. 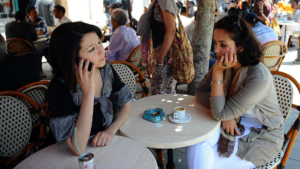 One female university student in Tunisia reports that, “After the revolution pressures on women to remain virgins took different approaches, in the cities it decreased, while in the rural areas it increased substantially.” The Islamic party Ennhadha finds its strongest support in the rural areas of the country, disaffected by high unemployment and low public resources.

Passing a virginity test involves showing a sheet stained with blood on the first night of marriage, and the practice is growing across the country outside the big cities, where tribal traditions are gaining a foothold.

Tunisian gynaecologist Safia Taieb said the number of women undergoing surgery to reconstruct their hymen has risen to at least 25 percent in recent years. Furthermore, the Pew Research Center survey from 2013 shows 43 per cent of Tunisians believe honour killings of women can be justified.

“If a woman loses her virginity before marriage, the father and the brother will feel shame all their life, but men who don’t have a sex life before marriage are considered abnormal,” said Samar.

“Sex for men is a sort of challenge to prove their ‘manhood’ or ‘masculinity’,” whereas sex for women is about being the honour-holders of the family.

The university student further explained how “sex for men is a sort of challenge to prove their ‘manhood’ or ‘masculinity’,” whereas sex for women is about being the honour-holders of the family.”

Women’s virginity can be tested by examining whether her hymen is intact, which can result in bleeding the first time of intercourse. The hymen is medically known to break for all kinds of reasons, but this factor isn’t taken into account:

“Whether by choice or not, if a woman loses her virginity she would be considered a sinner and even named a whore,” said the engineer.

If women engage in pre-marital sex, they often undergo hymen reconstruction surgery as a way to manufacture their purity for their husbands and families. If the woman doesn’t bleed, the couple will try to give an impression that she did, by deliberately cutting anther body part, or using red wine to stain sheets, according a Tunisian female journalist.

“In Muslim culture, honour is a fundamental concept – the reputation of the whole family, and the virility of its men are dependent upon the control of female sexuality,” explained professor at the University of Zitouna, Iqbal Gharbi, the first female psychology professor at her University.

Shereen El Feki, a Muslim journalist and author, notable for her renowned book Sex and the Citadel: Intimate Life in a Changing Arab World, argues control over female sexuality stems from a culture of misogyny.

Shereen El Feki, journalist and author, rejects the claim that Islam is responsible, pointing out that in Islam chastity is intended equally for men and women

She rejects the claim that Islam is responsible, pointing out that in Islam, chastity is intended equally for men and women. But the dominant interpretation of the religion is founded in the same tribalism that perceives the virginity of women as a mean to secure the honour of men.

“Conservatives in Islam use sex, wrapped in religion, as a tool of social control, particularly of women,” she said.

Many women, however, support the practice; “There is a nexus between a mother and her sons, which is a key point in perpetuating these repressive attitudes towards sexuality,” Shereen said.

The female engineer explains that “Mothers teach this culture to their children, whether they are conservative or liberal; virginity is a label for purity and non-virgins are considered second hand-goods.”

Tunisian feminists seeking to change ancient taboos on female sexuality swim against a new tide of Islamism growing in the country and across the region.

Professor Iqbal Gharbi explains how, “Defamation and slander of secular or feminist advocates by conservative Islamist groups who describe them as prostitutes and degenerates, become terrifying weapons to dissuade these women.”

Even as the appeal of Islamist conservatives has grown in swaths of disaffected rural areas, these women continue to celebrate the rights they achieved with the 2011 revolution.

“The revolution rose a tide of conservative Islamism that is constraining us, but at least now we live in a democratic society where we can voice our opinions,” the female engineer said, feeling hopeful for the future.

Tunisia faces toxic landfill disaster – and no one is stopping the ro...

How religiously free is the Arab world’s most democratic country?
Scroll to top