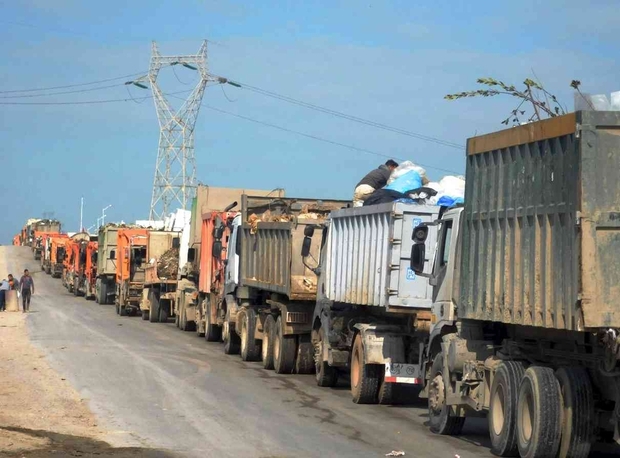 This article was first published on Middle East Eye, May 8, 2017.

BORJ CHAKIR, Tunisia – Ridha Trabelsi looks out over his village of Borj Chakir, a settlement on the outskirts of Tunis once renowned for its olive groves, and considers how things have changed. The crops are gone, subsumed by one of the country’s largest landfills and its mountain of rotting waste that grows every day.

A stench hangs heavy over the village, the result of 2,500 tonnes of rubbish brought from Greater Tunis every day and dumped near Borj Chakir’s 1,500 people. That smell betrays what is happening as it decomposes – the leaching of chemicals, including hydrogen sulphide, which have polluted water supplies, the ground, the air and the people. 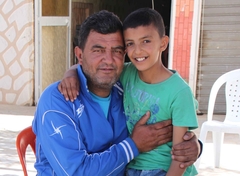 “When the wind blows in this direction, my son Mohammed starts coughing heavily,” said Trabelsi in his cafe, recounting how the 16-year-old has for years suffered chronic fatigue and asthma, and a heart condition that now needs surgery. “I can’t run or work hard because I get too tired,” said Mohammed.

According to Trabelsi, his son’s medical report says that there is a strong link between his asthma, caused by the toxins from the landfill, and his heart condition.

Borj Chakir is the visible proof of a toxic timebomb threatening to explode across Tunisia: more than half of all specialist waste equipment was destroyed in rioting during the Jasmine revolution of 2011, funding to clear sites has dried up, and critics say a post-revolt decision to centralise waste management has exacerbated, rather than aided, what was an already pressing problem.

Little is being done to stop the rot. Authorities have put forward plans to expand the landfill in Borj Chakir, bringing it within 25 metres of some of the villager’s homes. The amount of rubbish dumped is already many times over the 44 tonnes allowed a day in landfills in the EU.

Mohammed’s case is not isolated. “One of the residents was diagnosed with lung cancer after working in the landfill for almost a decade,” said Trabelsi. “Another had his leg amputated after stepping on an infected syringe.”

Other locals say they too have been affected. Semial, a woman in her 30s, revealed scabs and rashes on both her legs. Her doctors have told her they are caused by a reaction to the landfill. “The doctors said there’s nothing I can do if I keep living here.” 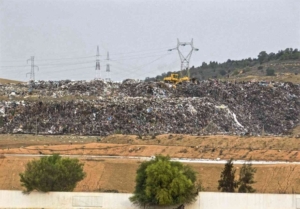 A digger crawls over the mountain of waste at Borj Chakir

SOS BIAA, a Tunisian environmental advocacy group funded mainly by the UN Development Project, the EU, the US State Department and the Social Democratic Party of Germany, said it is the only agency observing the impact of the landfill on the village.

An official at the environment ministry, who asked to remain anonymous, said she was unaware of any government medical studies on how the waste is affecting residents.

Rubbish disposal in Tunisia has had a tumultuous past. Protesters damaged local municipality landfills during the revolution of 2011, angered at the lack of any proper policy of waste management.

Mounir Madjoub, former state secretary for the environment, told Inkyfada that “close to 60 percent of municipal authorities’ trash equipment was burned or destroyed during the revolution”.

Facing discontent at the increase in rubbish in the streets, fields and beaches, the environment ministry resorted to centralised policies, saying that local municipalities lacked the technical capacity to manage waste collection effectively. 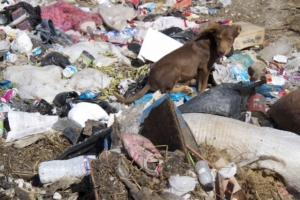 But that, according to Morched Garbouj, an environmental engineer and president of SOS BIAA, has only made matters worse. It resulted in Borj Chakir taking most of the household waste of Greater Tunis, irrespective of how it would affect the village and nearby settlements.

“Before the revolution we couldn’t speak,” he said. “Now we can speak, but nothing changes anyway.”

Government funding of Borj Chakir has only been made possible by loans from the World Bank, which has supported the landfill for at least two decades.

The bank planned to enter into a partnership with ANGed, the Tunisian National Agency for the Management of Waste, and fund a de-gassing project to get rid of the toxins. Some areas were cleaned up, but the cleaning up of the rest was delayed by the revolutionary turmoil.

Before the revolution we couldn’t speak. Now we can speak, but nothing changes anyway

Mounir Ferchichi, a World Bank environmental waste consultant based in Tunis, said: “After the revolution of 2011 all the projects witnessed long delays and the budget was lost.”

The project was resurrected in 2014, when the bank provided a loan of $22m to expand the landfill.

By lending funds, the bank has a say on what the money is used for, including the expansion of Borj Chakir, but the feedback on how the landfill is functioning mostly comes from government agencies.

The plans, which have been approved, violate Tunisia’s guidelines on hydrogen sulphide levels by up to 800 percent, according to lab research by SOS BIAA.

A statement from the environment ministry said that, while the ministry “recognises the capacity problems with the landfill in Borj Chakir and are looking for a new site in the future,” it would do so only after the expansion.

European companies also managed the Borj Chakir site, including French firm Pizzorno, which left after its contract expired in 2011. It was later criticised by the National Commission of Investigation on Corruption and Embezzlement, a post-revolution body examining the affairs of Zine al-Abidine Ben Ali, Tunisia’s deposed president.

The sign outside the Borj Chakir landfill explains it is now run by an Italian-Tunisian company named Ecoti, a partnership between Tunisian company Secopad and Italian firm Deco, which declined to answer a request for comment.

Ferchichi, speaking on behalf of the World Bank, said the Borj Chakir landfill will close in 2019, though there has yet to be any official statement from the World Bank or the Tunisian government.

When asked why the landfill was being expanded, despite its impact on the inhabitants of Borj Chakir town, Ferchichi simply said: “The responsibility of managing the system is on the government’s National Agency for the Management of Waste.”

No incentive to reform

The landfill employs up to 80 workers, who are paid the minimum monthly wage by the government in an age of high unemployment and low public spending.

The contractors and the truck drivers who arrive at the site each day are paid on the basis of how much waste they deliver under a system that rewards high levels of rubbish disposal.

That explains why Borj Chakir, located just outside the landfill, is also covered in rubbish: contractors dump rubbish in the streets if it proves too expensive to deliver it to the official site.

Gabourj said that this payment system is one of the main hurdles to introducing effective and widespread recycling across Tunisia: under the present system, removing the incentives to dump rubbish would see a reduction in the amount of waste delivered to sites, cutting the wages of contractors and drivers.

“The waste management should be left to the municipalities, the same way that it works in the rest of the developed world,” Garbouj said.

But with the World Bank loaning funds to central government, that decision-making power has been taken away from villages like Borj Chakir.

Foreign banks may say that funding such projects helps a country like Tunisia become more transparent, but there is a lack of accountability.

“They give money to a system that is completely backwards,” said Garbouj, pointing out that the World Bank is empowering governments with funds that they then use as they see fit.

“Tunisians fail to see the string attached to such foreign funding – the burden of the debt lies on the Tunisian taxpayer.”

For Trabelsi and the people of Borj Chakir, the direct results of the squabbling and the dumping are there for all to see.

“We are trying to survive,” he says. “But it’s very difficult here.”

Manufacturing virginity: The Tunisian women choosing to ‘repair their...
Scroll to top