The Rise Of Right Wing Feminism In France

This article was published on The American Conservative – July 13, 2020 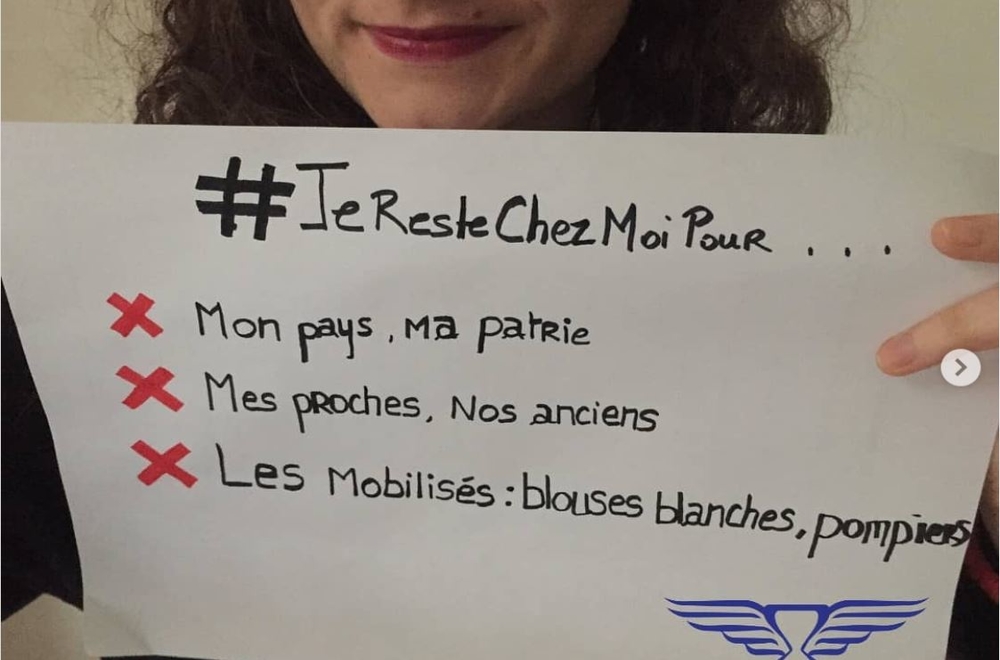 Right-wing feminism to many may sound like an oxymoron. Conservatism and feminism are often understood to be mutually exclusive. There usually are conservative right-wing anti-feminists on one side and progressive left-wing feminists on the other side of the aisle. Yet it is unclear why the debate surrounding feminism has taken such a binary form, and there are several inconsistencies with both modern progressive and conservative positions on feminism.

Most left-wing progressive feminists currently defend or are silent about foreign cultures that often degrade women far more severely than the patriarchal societies they vehemently oppose in the West. Likewise, although inversely, many conservative “anti-feminist” women often criticize foreign cultures for their misogyny, while supporting similar misogynistic attitudes at home. Conservative women are often also assertive and outspoken, with powerful positions in society, while claiming to support domestic roles for their gender. Both these positions have their inherent contradictions and hypocrisies.

In France, the birthplace of revolutionary movements, a right-wing strand of feminism is starting to emerge, which is at least on a theoretical level, consistent. They call themselves “Collectif Némésis” (Collective Nemesis), Nemesis being the Greek goddess of revenge. These female activists describe themselves as “identitarian feminists.”  They started receiving media coverage on November 23rd, 2019 when they organized a rally in France to denounce immigrant violence against women. They were met with opposition by left-wing feminists.

The differences between these two movements are evident. Right-wing feminists protested against “feminicide,” a word popularized in Europe in reference to female homicide. The right-wing feminists were opposing the rapes and assaults committed against women by Muslim migrants in Europe, using examples from Cologne, to Rotherham, and others, holding signs on how migrants commit 52 percent of rapes in Ile-de-France. This was a figure taken from a study conducted in France by the National Observatory of Delinquency.

In contrast, left-wing feminists protested against Western patriarchy. They were topless on the street with their bodies covered in painted words such as: “Domination, Masculine, Tremble,” and “Destruction of the patriarchy.” But they failed to denounce or even mention the problematic view many immigrant men have towards their feminist perspectives. As a result, identitarian feminists proudly call themselves, “the thorn in the side of mainstream feminism.”

These right-wing feminists do not necessarily oppose nudity. They have a distinct view on this issue from many conservative and traditionalist women. Solveig Mineo, a French person who describes herself as a, “white, occidentalist feminist,” has posted nearly fully naked images of herself. Although, they take a softer approach in contrast to the de-feminization espoused by most left-wing feminists, preferring to celebrate the beauty of the female body.

The young woman managing the French identitarian feminist social media page asked to remain anonymous. She is in her early 20’s, like most of the women in the movement. She told TAC that their movement supports important feminist battles as the right to vote, the right to open a bank account without the authorization of a man, and the right to defend oneself against sexual harassment and assault. In this sense, right-wing feminism is consistent with first and second wave feminism, but it opposes the inherent contradictions of third-wave feminism which sees opposition against immigration from predominantly sexist cultures as xenophobic. These young right-wing feminists see a bleak future for themselves in French society, which they believe is being taken over by heavily misogynistic cultures.

France has been home to some of the most important female theorists and thinkers. Especially from the end of World War II up until the early 90’s. Simone de Beauvoir wrote Le deuxième sexe (The Second Sex) in 1949, and inspired many feminist thinkers in her wake. However, French and even continental European feminism is fundamentally different from the Anglo-American strand of feminism. This would explain why debate surrounding feminism in the English-speaking world often hold such distinct categories between the gender stereotype, affirming the contrast between anti-feminists and gender-neutral feminists.

Beauvoir noted this difference herself. She said that American women are “haunted” by their gender. For her, this is proof of the female progressive desire to erase one’s biological body. The boycott and denouncement of J.K Rowling after she defended the existence of women against the biological sex-denying transgender movement is a clear example. In contrast, French feminists tend to acknowledge the existence of their biological experience.

The fight of French feminists, in this sense, is strictly existential. The young woman clarified: “We are fighting against the Islamization of our societies, where women are being insulted, raped and killed because of their gender.” She also explained the difference between traditionalist and conservative women, who are often concerned with ethical issues, which they prefer not to take a definitive stance on. When pressed on their position regarding abortion, she said that the case was not as divisive in France, which is largely the case in Europe. They neither glorify abortion nor believe it should be made illegal. “We acknowledge it is a difficult choice which should be avoided, if possible,” she said.

While their movement is strictly secular, identitarian feminists celebrate important female figures in Western history from the classical era, to Christendom and modern society. They view this celebration as a sign of how Western civilization was built and formed through empowered women. Through this, they seek to empower women in leadership positions.

“We find that Western civilization has given greater freedoms to women than other civilizations. Everyone is aware of Marie de Medici, Isabelle the Catholic, Marie Thérèse of Austria and the important role they played in European history. In Muslim civilizations, women have ceased to have the power they had before the Muslim conquest, like Empress Zenobia in Syria or Queen Kahina in the Maghreb,” the spokesperson added.

She also argued that female leaders among right-wing populist movements in continental Europe, such as Marine Le Pen and her niece Marion Maréchal in France, or Giorgia Meloni in Italy—the only female leader of a major Italian party—are further evidence of how European women are leading the fight to re-claim Europe’s lost identity.

In this sense, French right-wing feminists dispute the conservative view that women are supposed to be confined to domestic roles, as well as the progressive view that women were disempowered before modern feminism. But to make their movement more appealing, right-wing feminism should build a robust idea of what they stand for on moral issues, not merely positions on what they’re against. Opposing Islam is not enough. An alternative for Western women is needed.

Christians in Hong Kong, under the Thumb of the Chinese Communist Party
Scroll to top