Marion Maréchal’s plan to save Europe 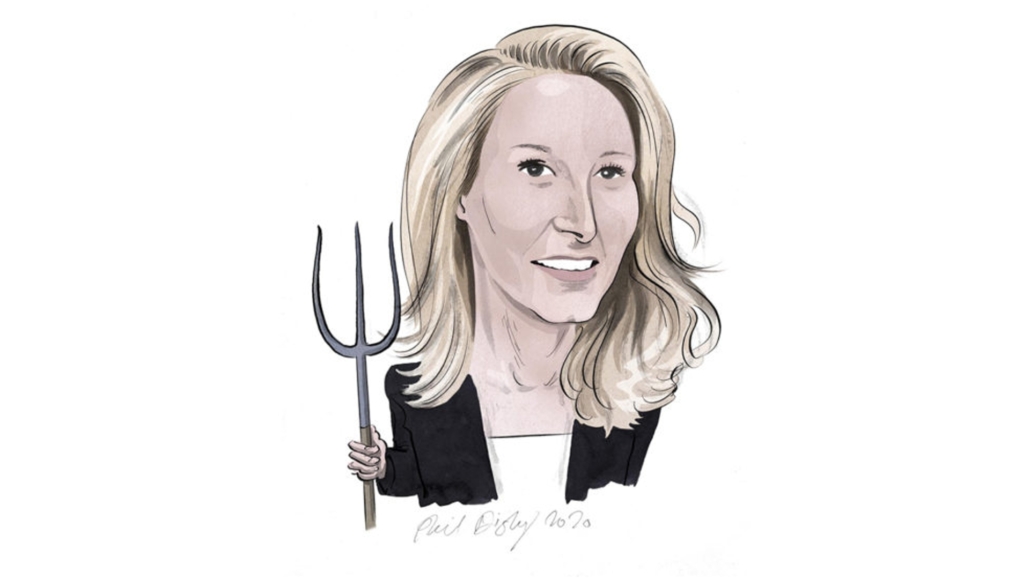 Covid-19 shows the dangers of an excessively connected world, but it also presents huge political opportunities for critics of globalisation. And who better to seize the moment than the latest scion of the Le Pen political dynasty: Marion Maréchal, the 30-year-old granddaughter of the National Front founder Jean-Marie Le Pen and the niece of the party’s current leader, Marine Le Pen?

Maréchal broke with her family in 2018, shedding the symbolic and highly controversial patronym ‘Le Pen’. She may yet break, too, with her grandfather’s National Front, since rebranded National Rally, and form her own party. Yet she is in many ways the inheritor of a political tradition. She wants to save Europe, not through the mechanism of the European Union but through a pan-Europeanism of shared national interests. She believes in reviving agriculture and the local economy.

In common with her aunt, she is focused above all on restricting immigration. She is careful, however, in how she expresses it. She does not cite Islam or terrorism — an approach that has proved electorally unpopular, too close, perhaps, to Jean-Marie Le Pen’s politics and the historic divisions within French society that they evoke. She talks instead of demography.

Immigration control, she says, is about ‘anticipating the socio-economic consequences of the substantial increase in the world’s population’, and especially the ‘demographic imbalance’ between Europe and the rest of the world. ‘The migratory flows that we now see have only just begun,’ she tells me. ‘In the next thirty years, the world population will increase by two billion people, seeing India reach 1.6 billion inhabitants, China 1.4 billion and Africa 2.5 billion, while Europe stagnates at 500 million.’ The implication is clear: that unless Europe defends its borders with determination many of these extra mouths to feed will be making their way to Europe. To stop them coming, she says, is ‘the only way to defend Europe’s independence, prosperity and freedom’.

And to those who argue that migration makes for a more lively economy, that we need workers and their skills? ‘Europe can no longer build its strength on demography, which was its winning card in the past centuries. Rather, it needs to focus on building its autonomy in technology and the food industry, in its digital sovereignty, and to anticipate investments in research or space exploration, as well as sustainable energy’.

Restricting immigration is a common view among her political allies, such as Italy’s Matteo Salvini. But what sets Maréchal apart is her grand vision for reordering European politics. Maréchal’s alternative federal future for Europe is a ‘Latin alliance’ in which France, Italy and Spain join to counter the bureaucratic power of German-dominated Brussels. ‘I think it is time to propose a new coalition of national governments that creates a coherent base and that can have a relationship of strength with European institutions’. She envisages her Latin alliance working in a similar way to that of the Visegrad countries (Hungary, Poland, Slovakia and the Czech Republic.)

Italy, France and Spain, she points out, are ‘countries with a common culture and interests’. Since 2008, all three economies, and Greece and Portugal too, have suffered from the imposed policies of the European Union. They are also countries which agree broadly on the key questions of ‘immigration and identity’; she doesn’t need to mention Islam and Islamism by name. When it comes to issues like defence, however, Maréchal believes ‘national specificities’ should prevail. In this respect, Maréchal is closer to the tradition of Charles de Gaulle than Jean-Marie Le Pen.

Where Maréchal differs from the Gaullists is her attitude towards Britain. In contrast to how many people view British culture, she believes it could be a natural ally of her Latin alliance — at least in its struggle against the European Union. Brexit, she believes, offers the chance of a mutually useful alignment between France and its historic rival across the Channel. The alliance could also convince the European Union not to ‘push Russia into the hands of China’; a policy that Emmanuel Macron already appears to be implementing.

Maréchal’s obsession with a runaway population growth does not extend to advocating birth control. She is a Catholic. She will not, however, take political sermons from church leaders.

She subscribes to a classically French form of Catholicism in which faith can ‘be hostile to the Church’. This may seem contradictory — Catholics distinguish themselves from other Christians primarily because of their loyalty to the Church — but Maréchal falls in the strong French tradition of anticlericalism, with its appeals to liberty and what she calls ‘Europe’s freedom’.

‘There is a history of conservative thought in France,’ she says.

“We had great Catholics conservative intellectuals who were at the same time very critical of the Catholic Church — Georges Bernanos or Léon Bloy come to mind — but we’ve also had numerous kings of France who clashed with the Pope. Obviously, the Church is a torch for Catholics, but this doesn’t mean we cannot disagree with the political positions taken by some churchmen. Especially considering how these political positions are not merely religious dogmas but opinions that have the same validity of any other citizen. For example, during the Seventies, various French bishops supported the communist movement, but I don’t think we should deduce that they were for this reason better servants of God for voting for the Communist party.

Maréchal’s social conservatism may be a greater stumbling block when it comes to catching the left-wing populist crossover vote or the support of liberal French nationalists. She opposes gay marriage and promises to end state reimbursements for abortion are at odds with France’s strong traditions of secularism and liberalism.

She does appeal, however, to the green vote. While most conservatives concentrate on industrial and urban revival, she cares deeply for rural society — La France profonde. ‘We cannot let the urbanites dictate the future of our dying farmlands,’ she says, applying the urban imagery of Donald Trump’s 2016 inauguration address to the countryside.

Italy’s family unity could be its biggest weakness against coronavirus