Life for Libyan women six years after the revolution

This article was first published on The New Arab, September 15, 2017.

“Many civil rights organisations were established afterwards and many women still own their own businesses and shops to this day.”

The active role of Libyan women in the 2011 revolution to overthrow the Libyan dictator, Colonel Gaddafi, was a sign that society had irreversibly changed. Women took part in protests and were active in sending their male relatives out to fight. For a while, it seemed that some prominent women would be allowed at least a minor role in the rebuilding of the country.

But the country soon plunged into religious and tribal chaos in the months following the revolution – reaching a head with the start of the second civil war in 2014. As a direct result of this violence, women suffered from the threats of Islamist militias, human traffickers and tribal violence – putting the feminist battle back almost to where it began.

In the western side of the country women are more free, in the eastern side they are more safe

“Women are suffering in the absence of security as they are more exposed to violence,” said Khadija Attaher, head of the women’s rights organisation, Libyan Women’s Union in the South.

Yet despite the ensuing chaos, several Libyan women told The New Arab they still don’t regret the end of Gaddafi’s reign.

“After the revolution, people felt more courageous to speak up and defend their rights,” said one young woman living in the eastern city of Benghazi, currently under the control of the renegade General Khalifa Haftar. She asked to remain anonymous for her security.

But the revolution has come with obvious downsides. The second civil war divided the country into various factions, and within each group the role of women varies.

“In the western side of the country women are more free, in the eastern side they are more safe,” the young woman from Benghazi added.

Libya’s conflict has a more complex nature than the yarn spun by its government leaders.

Although Haftar claims to be anti-Islamist, he is in fact “under the control of Saudi-Salafist lobbyists from the Arabian Gulf,” said Dzsihad Hadelli, a journalist at The Libya Observer in Tripoli.

Indeed, in February one airport under the supposedly anti-Islamist military rule of Haftar banned women under the age of 60 from travelling without a male relative. Only a week earlier, the famous Saudi-Salafist cleric, Osama Ataya al-Otabi, announced himself as Haftar’s religious adviser. 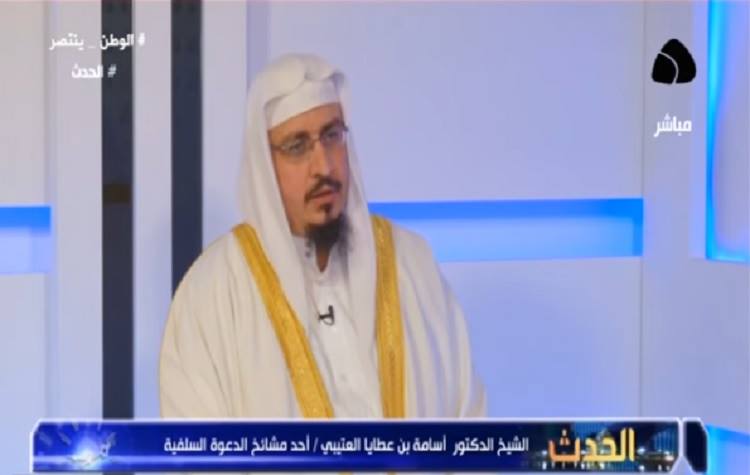 One young woman living in Benghazi was blocked at the airport while trying to travel to Tunis for an art exhibition where she planned to display her work.

“During the female travel ban, I was worried,” she said.

While the ban was modified after a wave of condemnation within Libya, it showed how the self-proclaimed anti-Islamist government in the east had in fact many Salafist influences within its ranks who try to limit women’s freedoms.

Meanwhile Khadija Attaher, head of the Libyan Women’s Union in the South, says women in the rural South are “surprisingly stronger than those in the bigger cities.

“These women work on farms, side by side with men – they recite poetry and manage all of their domestic issues,” she added

Women in these areas are the decision-makers when it comes to family and tribe, Khadija said, as traditionalism in the South has given women stronger roles.

Life for women in other, more remote, cities in the West is drastically different again. In the city of Zintan, women “are largely locked out of public life,” said Dzsihad Hadelli.

Zintan is one of the few Western cities under the control of the self-declared anti-Islamist forces of Haftar.

“It’s the only Libyan city I have visited where women can’t even drive,” he added.

By contrast, many women in Libya’s main cities can usually leave their house without male protection during the day and choose whether to wear a veil. Despite the rise of Islamist militias, the role of religion hasn’t particularly changed since the ousting of Qaddafi, according to a number of young women from Benghazi this reporter spoke with.

“The country has not become more conservative since the revolution – but we are not like the Western world – our religion says we need to dress modestly and only leave our homes when we get married,” said Faiza, a woman who lives in Tripoli

“Libya is a conservative country and women dress modestly,” she added.

Faiza said that even though she feels safe enough to commute and work without wearing a veil during the day, she wouldn’t go out at night, “because we have gangs in Tripoli”.

The issues affecting women in the main cities are largely reputational. “All the girls I know have a boyfriend, it’s just that their parents don’t know,” the girl from Benghazi said, adding: “It’s a reputational problem for women to break traditional or religious norms.”

The young woman then talked of her mother wearing short skirts to university in the ’80s.

“The country was less religious at the time because of the influence from Italy’s colonisation – but it gradually became more conservative over time.”

Libyan women hold different roles throughout the country and it is almost impossible to divide such differences among geo-political or religious lines; the nature of the country’s different tribes and societies is almost as complex as the conflicts which have divided them.

What is clear however is that despite the chaos the ousting of Gaddafi has brought, many of the Libyan women this reporter spoke with are happy the revolution took place. They claim that at least now, they can work towards shaping a new future for their country.

How religiously free is the Arab world’s most democratic country?

Identitarianism in Europe versus the United States
Scroll to top