Land of Jesus: How Christians Live in the Levant Today 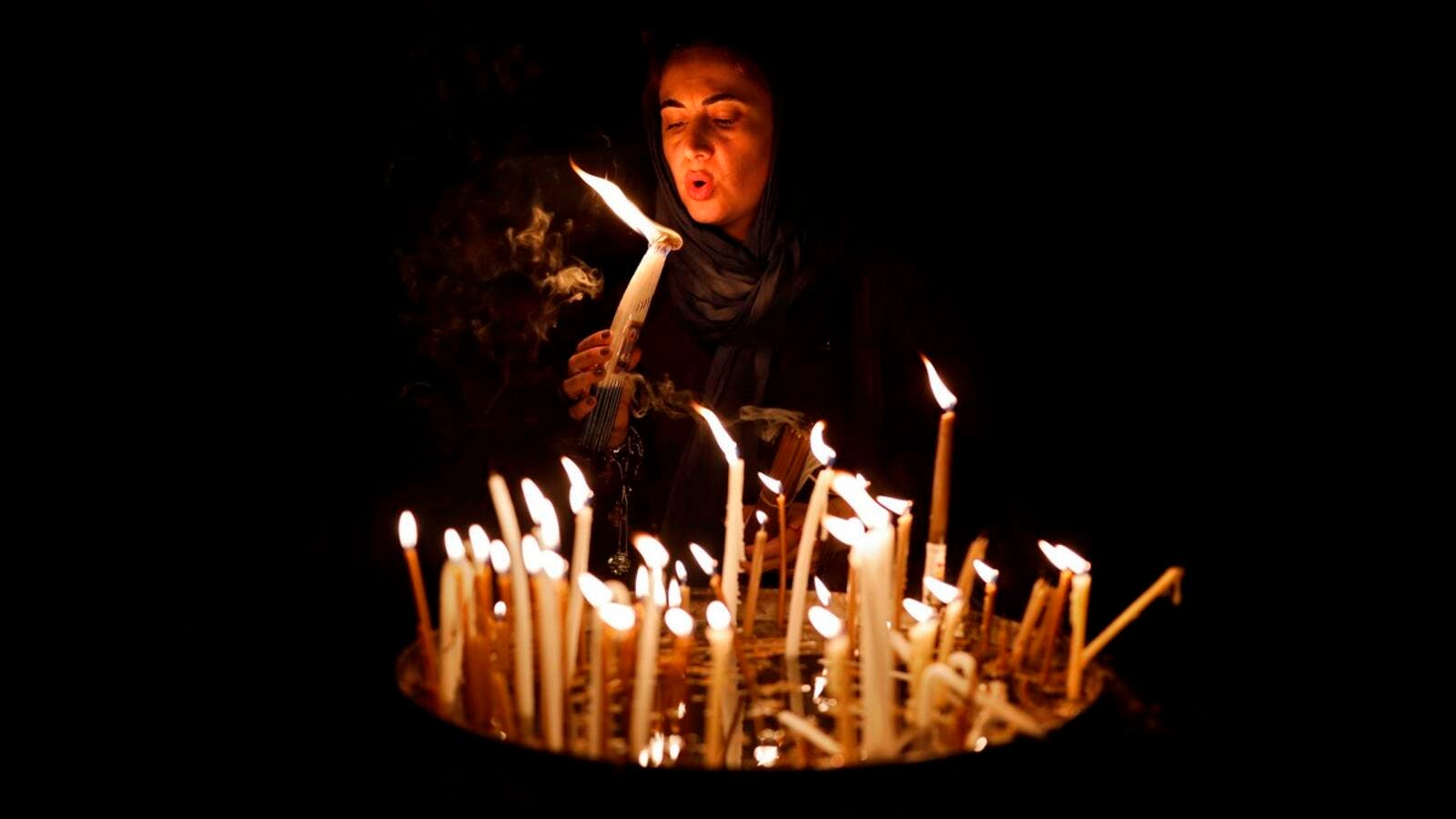 Church of the Holy Sepulchre in the Old City of Jerusalem, 2018 /AFP

Christians are native to the Middle East, where Christianity was born. Christianity first spread across the Middle East and North Africa before approaching Europe to subsequently become the world’s largest religion. Today, however, the number of Christians in the region has fallen drastically as a result of a rising tide in extremism and sectarianism. Here is a summary of how Christians live in the Levant today. 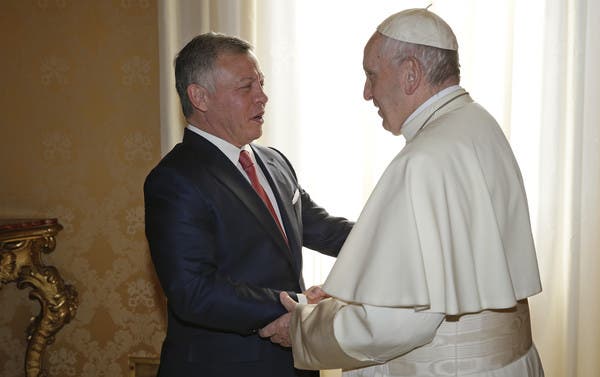 Jordan’s King Abdullah II during a private meeting with the Pope at the Vatican, on December 19, 2017 /AFP

Jordan has some of the oldest Christian communities in the world, dating back to the crucifixion of Jesus Christ in the early first century AD. Today, Christians comprise only 4 percent of the Jordanian population. Higher birthrates among Muslims and higher immigration from Muslim countries, especially during the refugee crisis in the Palestinian territories and Syria, have driven down the Christian population in Jordan significantly.

However, unlike in many other countries in the region, Jordan provides Christians relative freedom to practice their faith. The majority of Jordanian Christians belong to Orthodox denominations, followed by the Roman Catholic Church.

However, unlike in many other countries in the region, Jordan provides Christians relative freedom to practice their faith. The majority of Jordanian Christians belong to the Orthodox denominations, followed by the Roman Catholic Church.

Christians may face discrimination by the Muslim community with regards to conversion. In theory, apostasy isn’t permitted in Islam and Christians with a Muslim background can face discrimination as a result. Nonetheless, Jordan today remains a significant holy site for Christians from abroad to make their pilgrimage to the Jordan River where John baptized Jesus Christ. 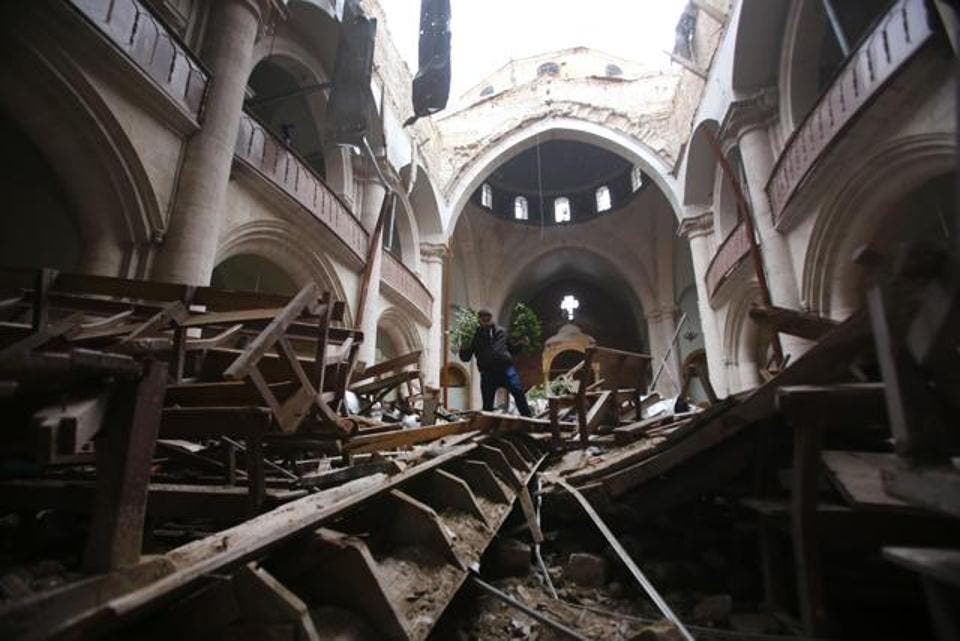 The ruins of Saint Elias Cathedral in east Aleppo, Old City, December 21st 2016. Despite the wreckage a Mass was held that Christmas. /AFP

Christians make up about 10 percent of the Christian population in Syria, and it is one of the oldest Christian communities in the region. Most belong to the Orthodox Church. Today, many Syrian Christians in regime-held areas are facing relief after almost a decade of a devastating civil war.

Today, Syrian Christians in regime-held areas are finally facing relief after almost a decade of a devastating civil war.

Even as many Syrian Christians took part in the initial uprising against Syrian President Bashar al-Assad, religious sectarianism and extremism came to characterize his opposition, leaving many of them with no choice but to seek refuge under his more secular regime. This doesn’t mean that life under the Syrian regime is ideal for Christians, but rather the least worst option. Discrimination against Christians is more prominent in Sunni Muslim majority areas, especially those under the control of the rebels fighting Assad, with converts being expelled from their family homes or worse.

This pressure is somewhat less prevalent in Kurdish areas, as the Kurdish community is more tolerant of different religions. For example, in the North Aleppo Governorate, there are recognized Kurdish Christian communities. 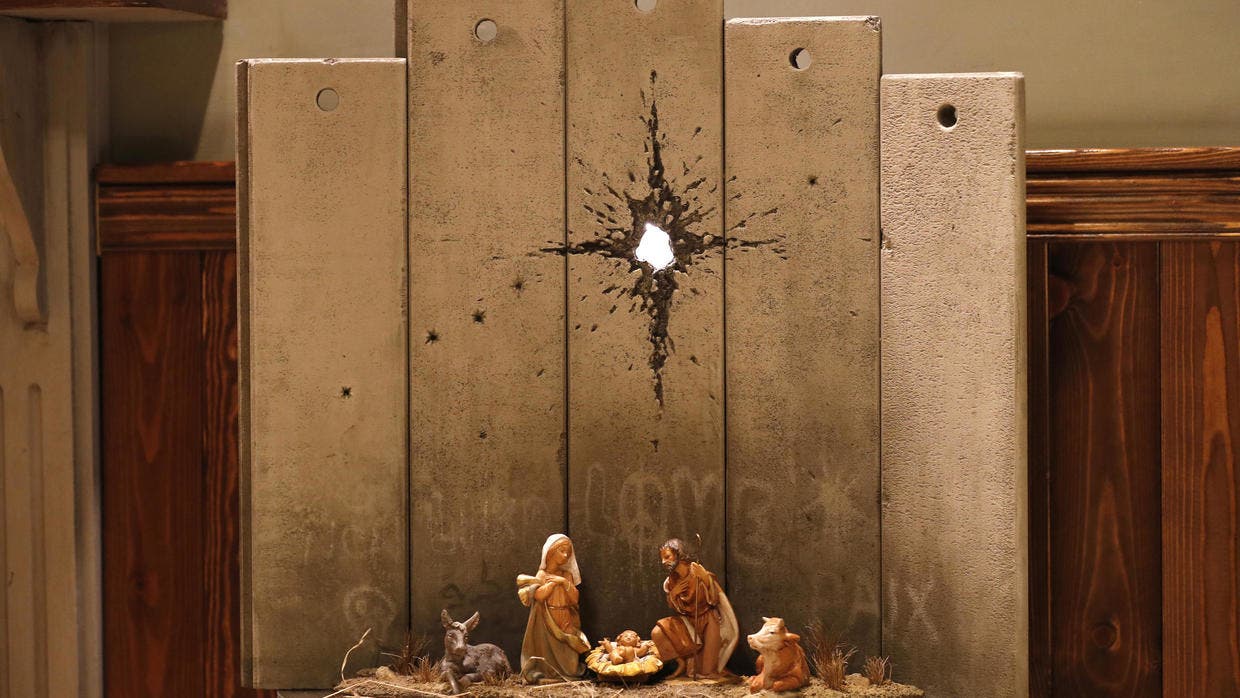 Banksy’s “Scar of Bethlehem” was installed at Banksy’s Walled-Off Hotel earlier this week, in the Israeli-occupied West Bank /AFP

Christians in Israel and Palestinian territories have a complex position, being surrounded by both Jewish and Muslim populations in a decades-old violent conflict. In Israel, Christians comprise around 2 percent of the population. In Palestenian territories, life for Christians isn’t any easier. Today, Arab Christians are fleeing in droves from Bethlehem, in the West Bank, the sacred city of Jesus Christ’s birth. In 1990, Christians made up a majority of the residents in Bethlehem, while they currently make up a small minority.

While Christianity is a recognized religion in Israel, Christians from Gaza have recently faced difficulties entering Israel to visit their family members for Christmas because of a ban from the Israeli government for alleged security purposes. The ban was reversed on Sunday, but it showed Israel is not always willing to let Christians from Palestinian territories in its country without approval.

Today, Arab Christians are fleeing in droves from Bethlehem, the sacred city of Jesus Christ’s birth.

Israeli Christian communities belong to the Orthodox, Roman Catholic and Protestant denominations. The most important attraction for Christians is the Church of the Holy Sepulcher, placed at the site of the crucifixion of Jesus Christ.

Christian women are more educated than their peers in Israel, with around 75 percent studying toward a second degree, compared to only around 63 percent of all females in Israel. While Christians in Israel enjoy religious freedom, they are demographically destined to remain a minority in a Jewish state.

As a result, they mostly agree with Muslims in saying Israel cannot be both a democracy and a Jewish state. And while Christians living in Palestine are destined to suffer from the same casualties of war as their Muslim peers, they tend to have limited social and family interactions with Muslims in this region. However, limited data is available on the status of Christians in Palestinian territories because of the ongoing war with Israel and the chaos surrounding these areas. What is certain is how Christians in this region face a difficult choice between loyalty to Israel, a Jewish state, and to Palestenian liberation often marked by persecution and intolerance towards Christian converts. 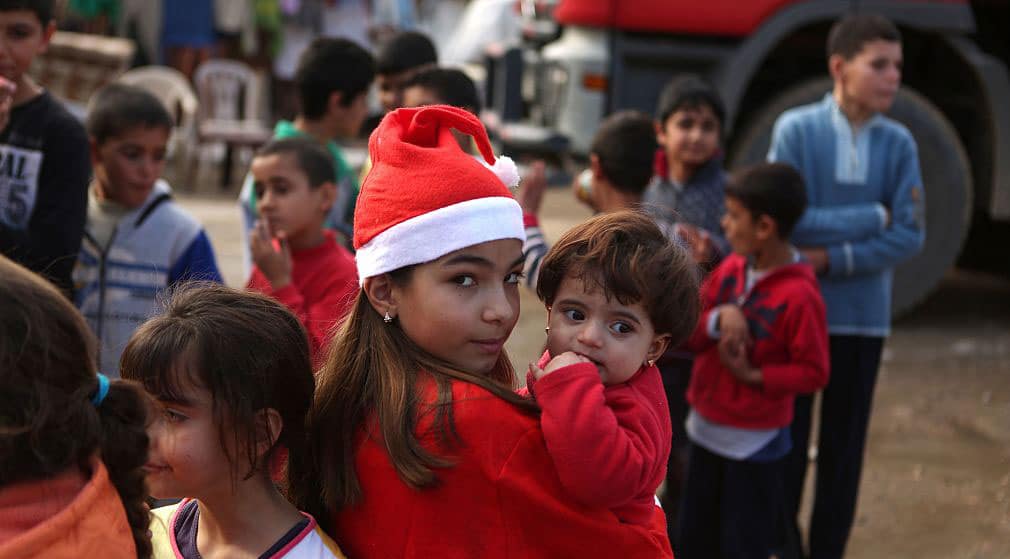 Lebanon has the highest proportional rate of Christians in the Middle East. The majority of Christians in Lebanon are Maronite Catholics, followed by Eastern Orthodox Christians. The demographics of Lebanon have changed significantly since the creation of the state of Israel, when many Muslim refugees fled to the small Christian country for safety.

Compared to the rest of the Levant region, Christians in Lebanon enjoy the most religious freedom.

Today, Christians are a minority 36 percent of the population, with the majority now being Muslim.  That being said, Lebanese Christians enjoy religious freedom as they still hold significant political power in government, having their own party representing them. Compared to the rest of the Levant, Christians in Lebanon enjoy the most religious freedom.